Dr. Karen Selbert received her undergraduate degree in Communications from Truman State University (formerly Northeast Missouri State University) and then earned her DVM from the University of Missouri in 1998. She began practicing at the Eastside Animal Hospital in southern Indiana and helped grow their practice for the next nine years including helping facilitate the founding of the Go Rover Go Dog Agility Training Center.

In 2007 Dr. Selbert relocated with her husband, a Presbyterian minister, to O’Fallon, Illinois who began working with a church development near Scott Air Force Base. She became a principal veterinarian for the Troy Hawthorne Animal Clinic, participating in emergency care responsibilities with their 24-hour emergency and referral practice in Glen Carbon, Illinois. She also established the first dog park in Troy and offered dog agility classes there as well.

Dr. Selbert relocated with her husband to Waukesha and joined Pewaukee Veterinary Service in April of 2013 to help expand their efforts and offer extended hours and urgent care services to clients in the community. In the Fall of 2017 she joined the veterinary team at West Allis Animal Hospital. Dr. Selbert is a member of the Wisconsin Veterinary Medical Association, the American Veterinary Society of Animal Behavior, and Force Free Trainers of Wisconsin. She has special interests in Animal Behavior Modification.

In her spare time, Dr. Selbert enjoys concentrating on her passion – dog agility, an exhilarating sport which directs your dog through obstacle courses and you are judged on your dog’s speed and accuracy. Agility is a great way to bond with your pet and have fun. Her dogs have won titles and awards in the sport including Master Agility Champions Aidan, her Whippet, Andrew, her Sheltie, and Doug, her Border Collie. She loves to share her passion, so don’t hesitate to ask her about anything agility when you see her! 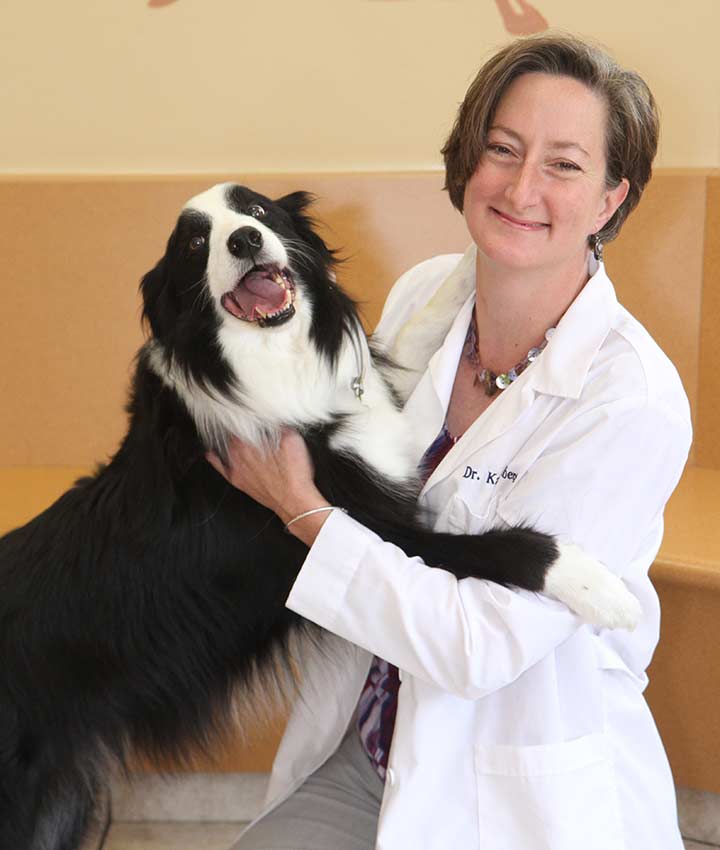